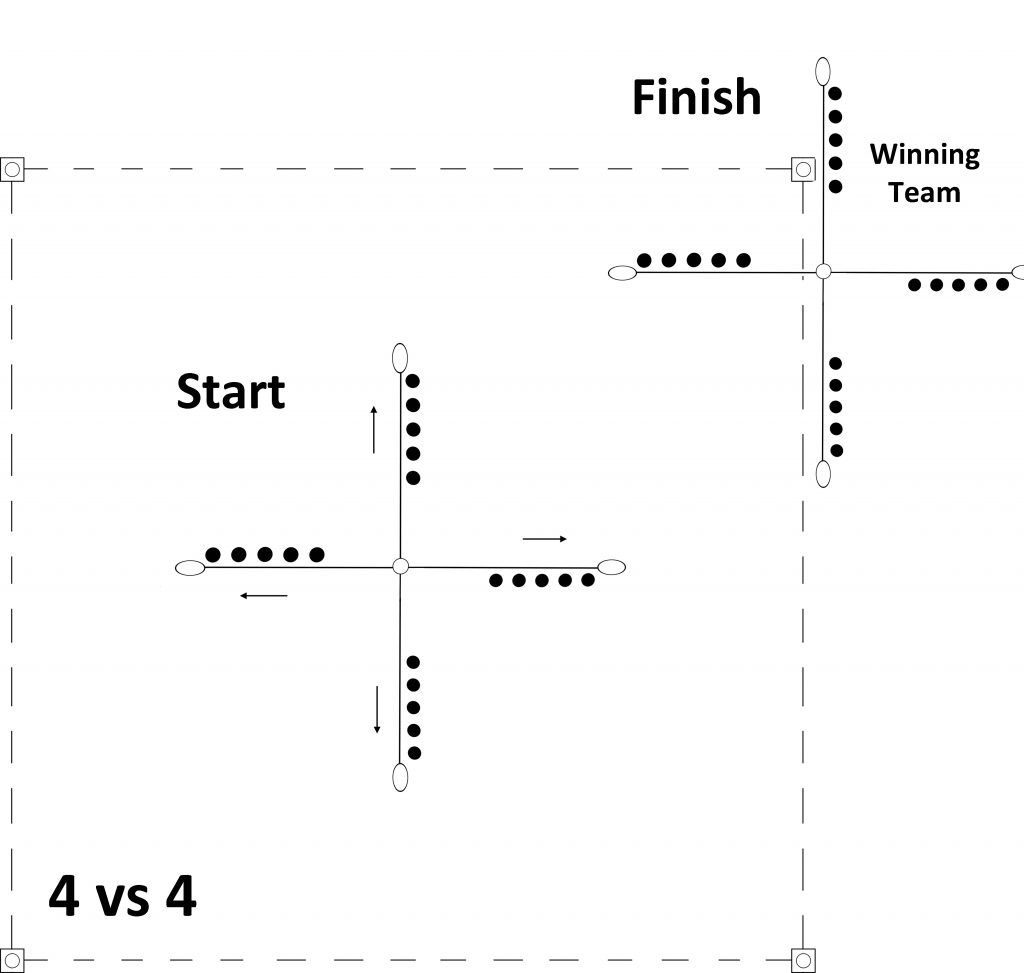 Tug of War has always been a popular recreational activity and Jammar’s Four Team Tug of War Rope has added a new dimension to this physical and strategic game of strength and wits. Very popular and economical group activity and encourages isotonic pulling to achieve group goals or let each team fend for themselves.

The 4-way tug of war rope allows up to 20 students to participate at one (5 on each team rope) pulling 4 vs 4, 2 vs 2, 1 vs 1 (by only using 2 opposite ends) and even 3 vs 1 if you can effectively distribute strength proportionally (i.e. students vs teacher). A popular way to begin and score using the 4-way tug of war is illustrated below.

The rope and teams are centered within a square typically using cones etc. at least 100’ apart with no obstructions within or immediately beyond the perimeter and on soft or nonabrasive surfaces. With cones on each corner, each team begins on the instructors command by pulling toward the boundary line which has been determined as their home or if desired any one of the boundary lines. 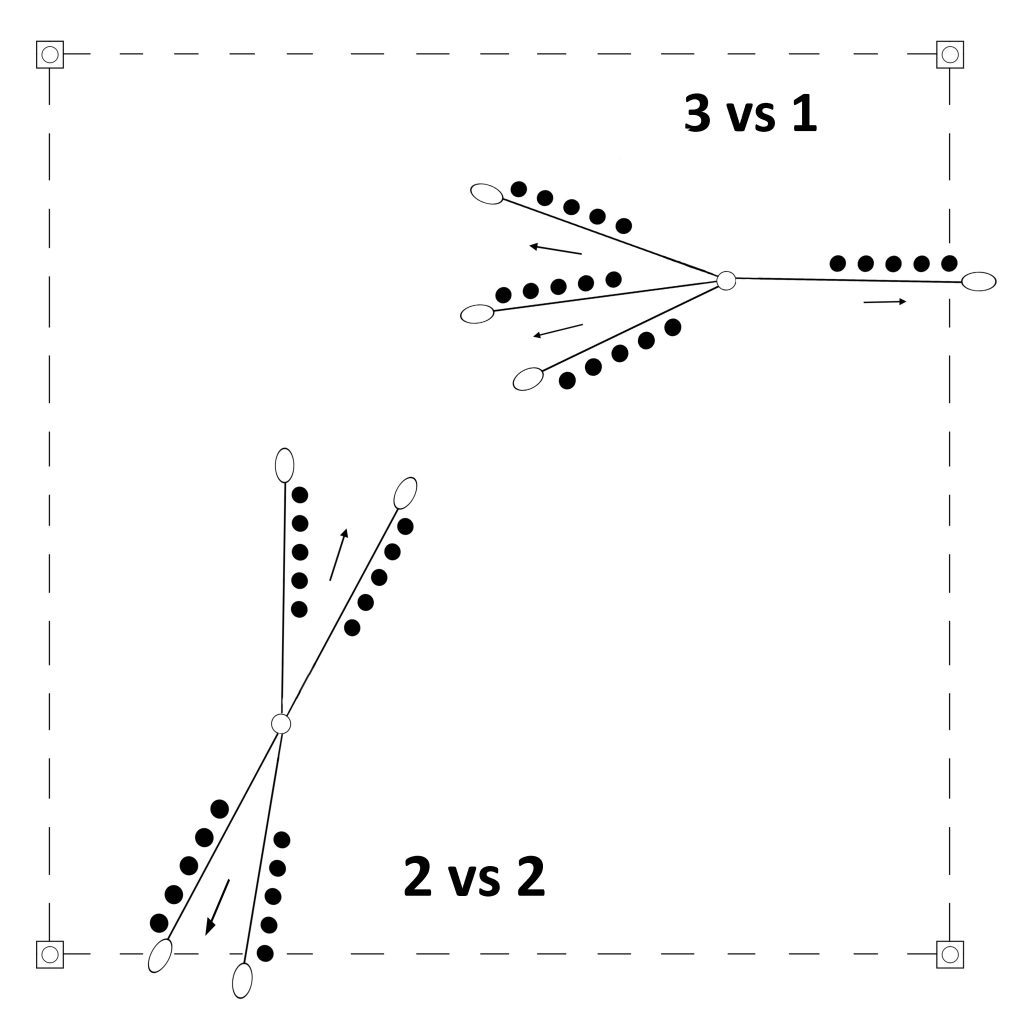 The team that pulls their length of ropes over the boundary plane wins.

Switch and mix students to create more competitiveness and parity among teams. As one team (or 2) closes in on a boundary line it is up to the other teams to compensate together to keep them from winning. Thus, communication via a team captain is important to constantly shift their lines of pull preventing one team from scoring. It is up to a referee to determine when all members of a team and their rope breaks the boundary plane and thus wins.

Movement of the tug of war rope and the referee can become very lively.  Preferable spacing of each team member is 5’ thus avoiding “bunching up” and contact with each other. Do not allow any team to let go of the rope until game has been stopped by one team winning or by the signal of the referee. Never wrap the rope

around any body part for better grip.

USE AND HANDLING:  Provide safe play area at and around competition area. Includes soft non-abrasive surfaces free from dangerous debris or obstacle. Do not pull over dangerous terrain, etc. Be sure there is ample space behind each team side to accommodate 1/2 the rope length plus plenty of space for a potential backward thrust. If in a gym or indoors provide wall mats in back of teams.

MAINTENANCE NOTE:  To avoid rope strands being pulled out of the rope at splice areas we strongly suggest covering and reinforcing this area with a heavy duty tape. If strands do come out, simply twist strand together and reinsert the strand into the rope by following the weave as noted in other splices. Do NOT exceed ½ tensile strength of rope in good condition. Avoid getting manila rope wet and inspect for mildew and/or dry rot, if used outdoors, before each use. Discard if detected.

Note: Safe Working Load is 20% of tensile strength of any rope in good condition. Avoid getting manila wet and inspect for mildew/dry rot if used outdoors before each use.